Many heartwarming father and son quotes are made from the moments of appreciation for the fatherhood. They are there to remind us about the beautiful and meaningful bond between fathers and sons.

The father is like the sun that gives warmth and security to his family. To his son, he is the symbol of wisdom and greatness.

Fathers are usually strict, but of their acts channels great wells of love and concern for their sons.

Their love is the underground flow of caring and sacrifice, often overlooked but critical in the sons’ life and success.

And this Father’s Day is the perfect time to let Dad know just how much he means to you by send him these Father’s Day quotes.

“Every son quotes his father, in words and in deeds.”

Every son is like a reflection of his father’s wisdom, life, and hope. They are similar not only in their looks but also in what they say and do.

All these similarities show the impact of fathers on their son and the admiration of the sons to their dads.

This quote about father and son is short but full of meaning. A son learns to be a man by looking at his father. Good fathers take care of their sons and set a good example for them to follow.

Whenever we see a good man, remember that maybe there is a great father behind him.

If you liked this quote about father and son and you’re looking for more inspiration, make sure to visit our related post: Son quotes.

“Every father should remember that one day his son will follow his example instead of his advice.” – Charles F Kettering

No matter how right it is, one piece of advice will fade with time and be lost in people’s memory. The best way to teach lessons of life to a kid is to show him a living example.

His father, the closest man to him, shows him what makes a good person. The way the father lives teaches the son how to stand up and thrive in this world.

“I love a son, who is my heart. A wonderful young man, daring and loving, strong and kind.”

Fathers love their sons deeply and unconditionally. A son is the continuance of hope and dreams of his father, containing the things in the world.

The father understands his son’s goals and efforts. His heart is full of forgiveness for the sons’ mistakes and pride for the sons’ achievements.

To a son, his Dad is the greatest person on earth. The Dad sets an image of the ideal man inside his son’s mind: strong, wise, and brave.

The Dad is someone that his son admires all his life and aspires to become. These Dad Quotes will tell you more.

“My father didn’t tell me how to live; he lived, and let me watch him do it.” – Clarence B. Kelland

A man maybe not perfect, but when he becomes a father, he will try to live in the best way.

Actions speak louder than words, and he knows how his son will look up to him and learn from him.

Through his life, the father teaches his son how to deal with obstacles and fight for what he believes.

“I love my son more than anything. I’ll do whatever it takes to make sure he is raised the right way.”

In this world, there is no sweeter gift than the love of a Dad to his son. He loves his son in a giving and thoughtful way.

He is willing to do anything to prepare his kid with knowledge, skills and the right attitude for the future.

“The most important influence in my childhood was my father.” – Quote about Dad and Son from DeForest Kelley.

A father has such an enormous impact on his child’s life. The father’s image is the strongest impression in the son’s memory about a wise and brave man.

During his son’s childhood and even lifetime, the father means the protection, the inspiration, and the warmest love.

“When a father gives to his son, both laugh; when a son gives to his father, both cry.” – William Shakespeare

Sometimes their love is forgotten and their effort is taken for granted. But one day, we will look back and realize how important they are and how much they give us.

The moments a son gives back to his Dad is the moment of love, gratitude and happy tears.

“Fathers and sons are much more considerate of one another than mothers and daughters.” – Friedrich Nietzsche

The sons’ love for their fathers is filled with admiration and their wish to become such great men.

Their relationship is built with love, care, trust and genuine consideration of each other.

“A father is a man who expects his son to be as good a man as he meant to be.” – Frank A. Clark

“A son is not a judge of his father, but the conscience of the father is in his Son.” – Simon Soloveichik.

“By the time a man realizes that maybe his father was right, he usually has a son who thinks he’s wrong.” – Charles Wadsworth

“Even if I see my own reflection in you, I also see the man I always wanted to become. Thank you for always making me proud. I love you, son!”

“It’s a father’s duty to give his sons a fine chance.” – George Eliot

A father’s love for his son is usually not shown in many loving words. It is hidden in every little thing he does for his family.

He set a living example of what a great man is made of. He shows his son how to live the best life.

He secretly cares and prepares for the son’s future. Fathers are the greatest influence in our whole lifetime.

You may also like these quotes about Fathers and Sons

Their quiet love and unconditional sacrifice between fathers and sons can be often overlooked. Until one day, we suddenly realize our thirst for their words of wisdom and their hug of love.

Father and son quotes were made by those who experienced the loss and knew the greatness of fatherhood. They are there to remind us to treasure the existence of fathers, to love and give back to them. 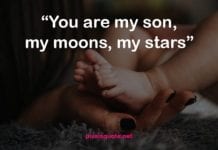 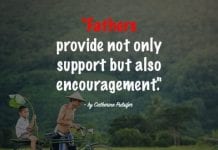 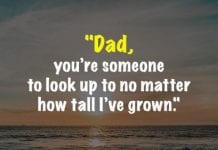 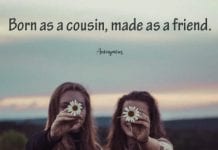 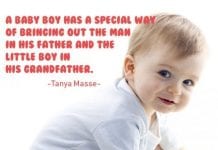 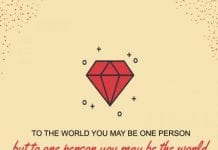 Birthday quotes for son from parents 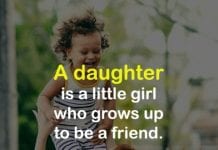