Great people leave great marks – many famous writers and thinkers have left behind a lot of famous quotes. Shakespeare is one of them, and Shakespeare’s quotes are among the most well-known lines in history.

Shakespeare quotes contain wisdom and advice that relate to the most important matters of life. You can see in these life quotes the experience, lessons, and perspective of a great thinker.

His works are not only about literature and imagination but also based on what he saw and what he felt. That is why we can learn many things from reading and keeping these quotes.

“To be, or not to be: that is the question” – Shakespeare.

“Some are born great, some achieve greatness, and some have greatness thrust upon them.” – Shakespeare.

“Cowards die many times before their deaths; the valiant never taste of death but once.” – Shakespeare.

“We know what we are, but know not what we may be.” – William Shakespeare.

“A man can die but once.” – Shakespeare.

“I am a man more sinned against than sinning.” – William Shakespeare.

“We are such stuff as dreams are made on, and our little life is rounded with a sleep.” – Shakespeare.

“If music be the food of love play on.” – Shakespeare.

“There are more things in heaven and earth, Horatio, than are dreamt of in your philosophy.” – William Shakespeare.

“All the world s a stage, and all the men and women merely players. They have their exits and their entrances, and one man in his time plays many parts.” – Shakespeare.

Shakespeare has given us a lot of great masterpieces. Additionally, he also leaves behind a lot of romantic quotes that speak about his experience and lessons from life.

They speak about important matters: what is life? What is death? What is the meaning of our existence?

There is both truth and motivation in Shakespeare quotes. The more you read them, the deeper you will understand the world and perspective of one of the greatest thinkers.

You can use them for yourself. You can also share them with other people when you feel that what is written is true and helpful. 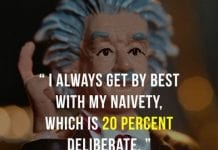