Rap is kind of a music genre that not really suits everyone’s hobby. But when once you get to know it, you will understand that rap music also brings us many inspirations. So, we won’t miss a chance to gift you a collection of all the famous rap quotes.

Music is an art form where an artist expresses his thoughts and feelings through melody and lyrics. And the rap is similar. Years ago, rap was still an undervalued genre of music due to its rough expression.

However, rap gradually gained more recognition. And from then on, we also understand that the efforts of rappers are completely deserved praise.

Starting in the ’80s, the appearance of hip hop has contributed to countless waves of responses around the world. Gradually, street artists appear and change the music in a new direction, which is extremely young and modern.

Rap is also one of the most prominent and popular forms of hip hop. And this is how rap began and started to dominate a part of the music industry.

“Although rap is about boasting, it’s also about honesty and expressing your emotions.” – Keith Stanfield

Everybody knows rap as a rough and bare style of music genre, so it’s not as popular as mainstream music. Because rap speaks frankly about issues that most people don’t dare to speak up about.

It’s like this rap quote helps us to spit out a thorn in our throat. Rap goes straight to the point without hesitation and always shows its own personality.

“Rap music is the only vital form of music introduced since punk rock.” – Kurt Cobain

Studies have shown that music has a strong influence on human cognition and emotions. A joyful song can help you forget your troubles. Conversely, a painful love song will also make you feel a little sad.

Most of the lyrics and flow of rap songs always have something to invite the listener to ponder. For that reason, Rap is a way that people stimulate brain functions.

“Sometimes I feel like rap music is almost the key to stopping racism.” – Eminem

Rap goes into dark corners with the most sensitive topics. Over the years, rap has always been criticized for its lyrics and messages. But really, rap seems to have proven to audiences that it does a lot better than it harms.

This rap quote understands that rap has saved the lives of countless people who have lost their ways. And rap really is ushering in a new era where rap has more healing values than ever before.

“My only scheme was to be a rapper.” – Eminem

When it comes to rap, it is impossible not to mention the king of rap, Eminem. With talent and endless passion for rap, Eminem has affirmed his name in the top of rap styles. When his albums were released, they always became a craze over the music industry.

This rap quote of the wildest rapper proves that the true talent of a person is not shown in appearance.

“Rappers wear diamonds to compensate for a lack of fashion sense.” – A$AP Rocky

As mentioned, rap music originated with street entertainment and was one of the first forms of hip hop. They attract people who are passionate about the style to find themselves.

Without much promotion and flashy appearances, underground rap has gone from amateurism to professionalism. They are really passionate about making rap and don’t care too much about the cover.

Rap is a rare form of art where rappers are free to express their egos without being fearful. And that’s why rap becomes to be the most favorable art and people turn to prefer it. It’s like a play yard when they can vent their emotions and let go of bad feelings.

So this inspirational rap quote reminds you that rap music has become more and more popular these years.

Rap has ushered in inviting pop culture, while also spawning new creative and entertaining styles, it is not only a musical style but also a new culture. Especially nowadays, rap has gradually appeared as a piece of very trending music. Jay-Z with this famous rap quote has really inspired a large number of fans around the globe.

Whenever you feel down and discouraged, rap music will definitely help you a lot in finding yourself again. Leaving aside a negative part, many rappers still inspire and motivate listeners through their compositions.

That’s why rap is still very welcoming even though there are still many negative opinions about it.

Rap music, in many cases, is a reflection of the rapper’s thoughts and experiences. Popular music always captivates us with its cheerful melody and does a great job of helping us relax our minds.

Meanwhile, rap is more about expressing yourself and your feelings. Regular rap players always have a strong personality just like how they show in a rap song.

Every genre of music has its own beauty and unique expression. Most miraculously, we humans have created many different types of music together.

Among them, rap is the music genre that appears and creates the most controversy. But thanks to the efforts of real rapper artists along with a large fan base everywhere, rap has gradually asserted its position.

It’s a pity to miss the best rap quotes of the most legendary superstar rappers here. Music is one of the most magical things that help people heal and live a happier life. Find more related articles on music quotes and happy life quotes to always keep the flame of inspiration in you. 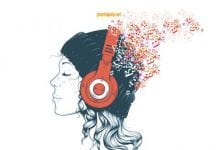